BUILD MORE THAN A BUSINESS. BUILD A NETWORK.

OUR COMMITMENT TO THE MILITARY AND VETERAN COMMUNITIES

As a member of the military and Veteran community (still-serving members, Reservists, Veterans and military spouses and partners), you have unique and valuable skills that you can use to make real and meaningful contributions for you, your family and your community.

Our Operation Entrepreneur program is focused on helping you connect, progress and evolve your business. More than entrepreneurial skills training, we empower you to be part of something bigger as you move your business forward.

The program helps you build connections that last. You’ll collaborate and partner with organizations and individuals who share the belief that moving forward is something we do together. We connect you with fellow entrepreneurs and create opportunities to build networks and community.

The focus is on you and helping you to create meaningful lasting connections for this next step in your life. We collaborate with academic partners, industry experts and business leaders to create a dynamic ecosystem of support, with access to more of what you need to succeed. 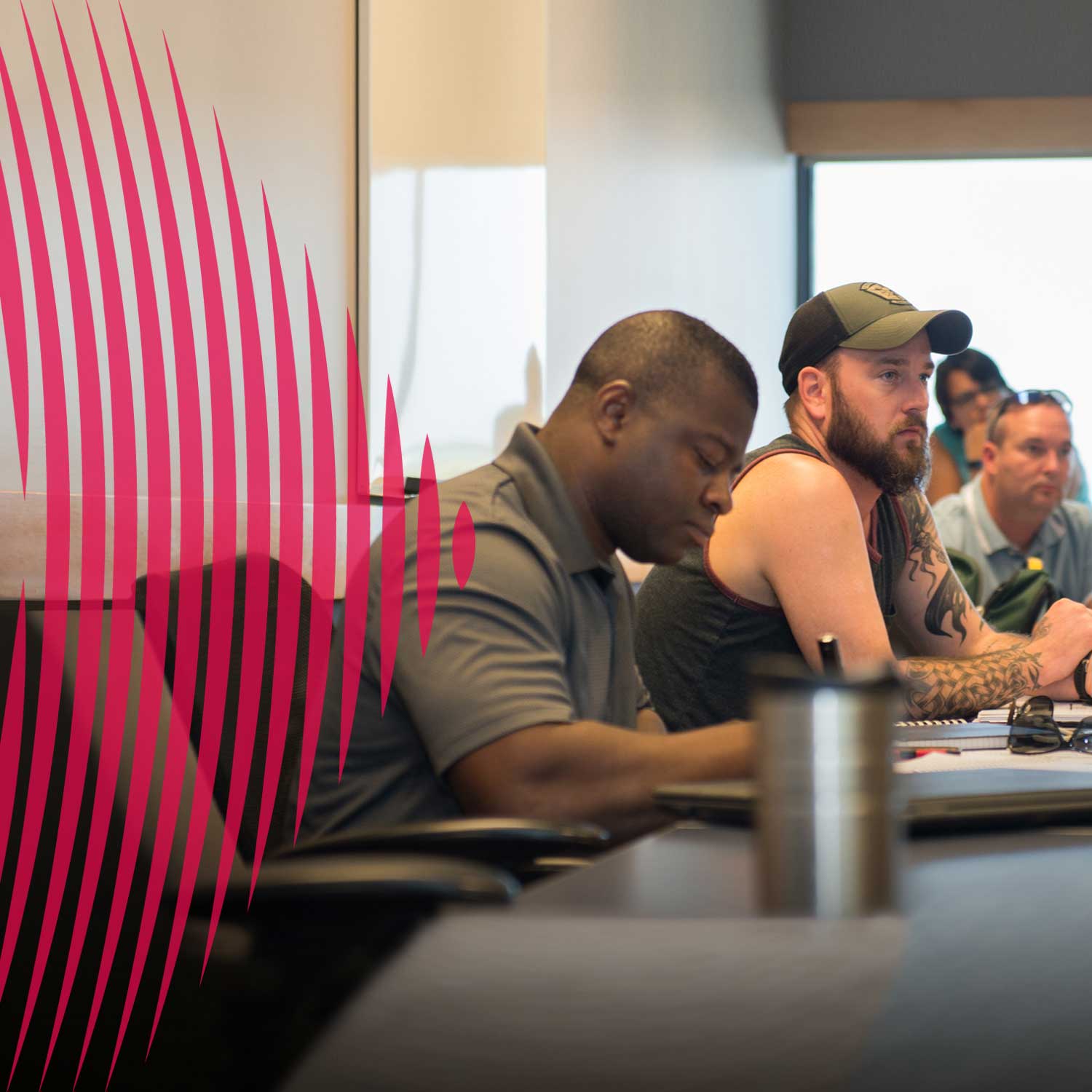 The most useful part was realizing that everyone is in the same position as me - I am not alone.

OPERATION ENTREPRENEUR IS MORE THAN TRAINING

it’s a network-building ecosystem that connects you with everything you need to move forward.

Connect with us to get started on your entrepreneurship journey.

Find a workshop that will help you get started or go further.

Take your business to the next level at our hands-on boot camp.

Benefit from the experience and expertise of our mentors.

Contribute to a more sustainable future for Canada.

Find the resources you need to help move your business forward. 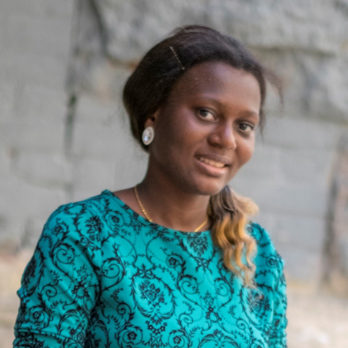 While the Get Into program is dedicated to helping young people gain employable skills, it also encourages them to learn more about themselves and what they can achieve, in any part of their lives. 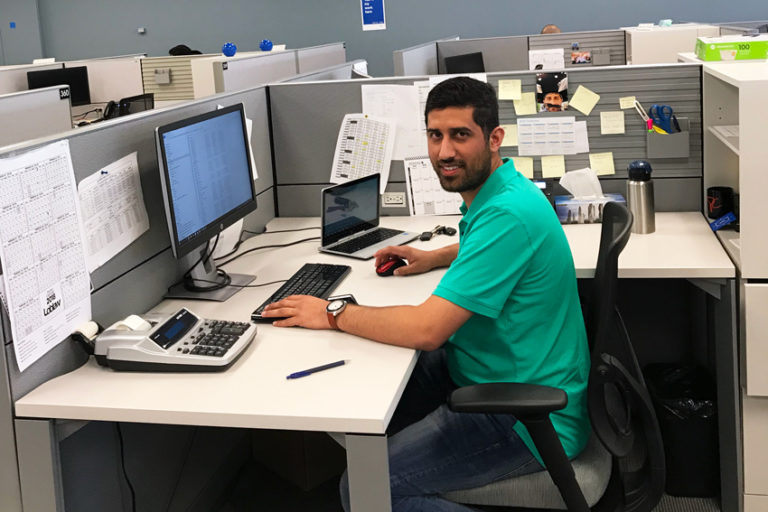 Get Into Administration with Loblaw Companies Limited and YES Manitoba. 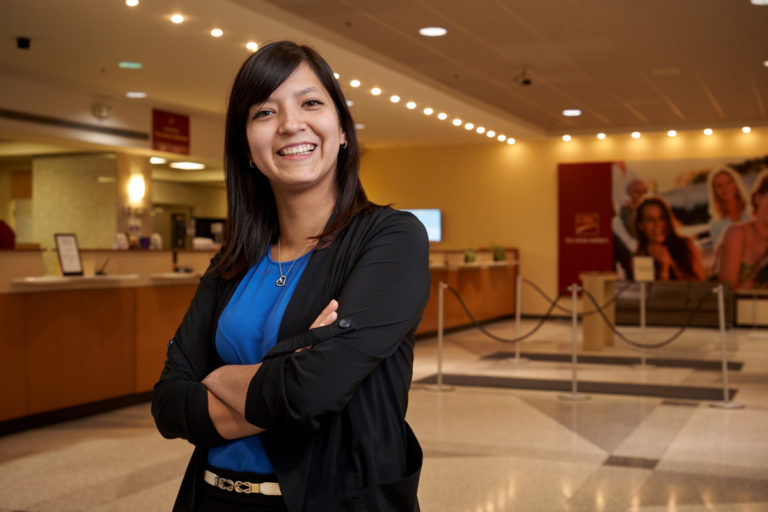 Ashley was one of seven Indigenous young people in Winnipeg who completed our Get Into Banking program with CIBC and Youth Employment Services Manitoba. 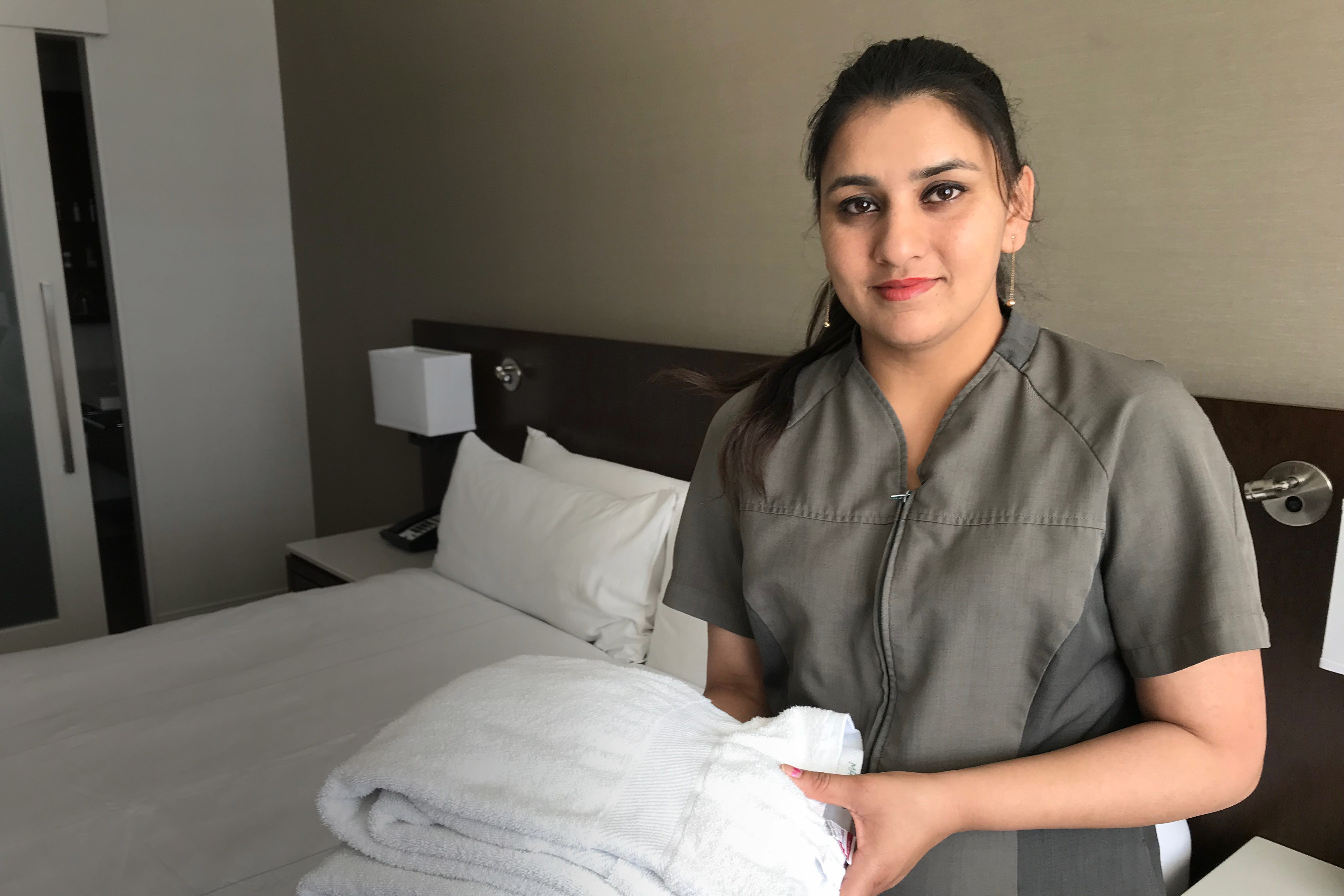 Getting your first job when you don’t have any experience can be a major struggle. For newcomers like Roma who lack professional and social networks, the task is even more challenging. 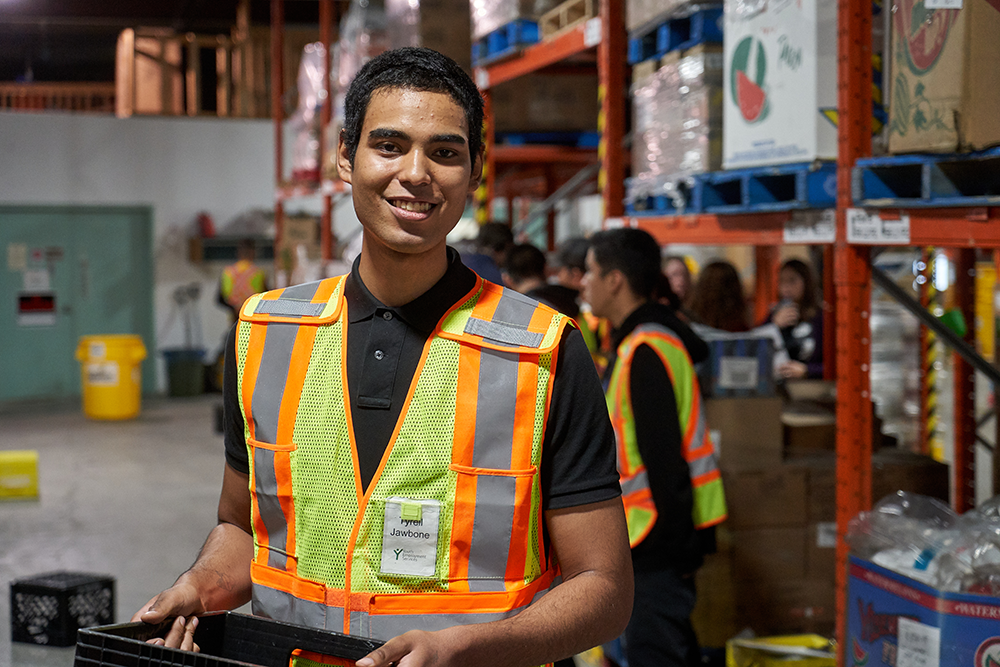 Without any work experience or positive role models, it’s easy to feel hopeless and discouraged. Tyrell wanted to provide for his family but had no job prospects and lacked confidence. 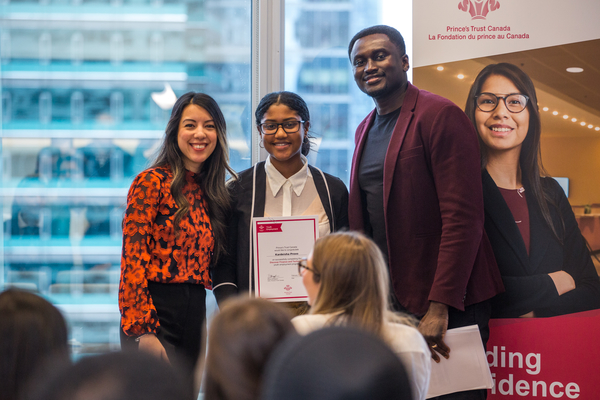 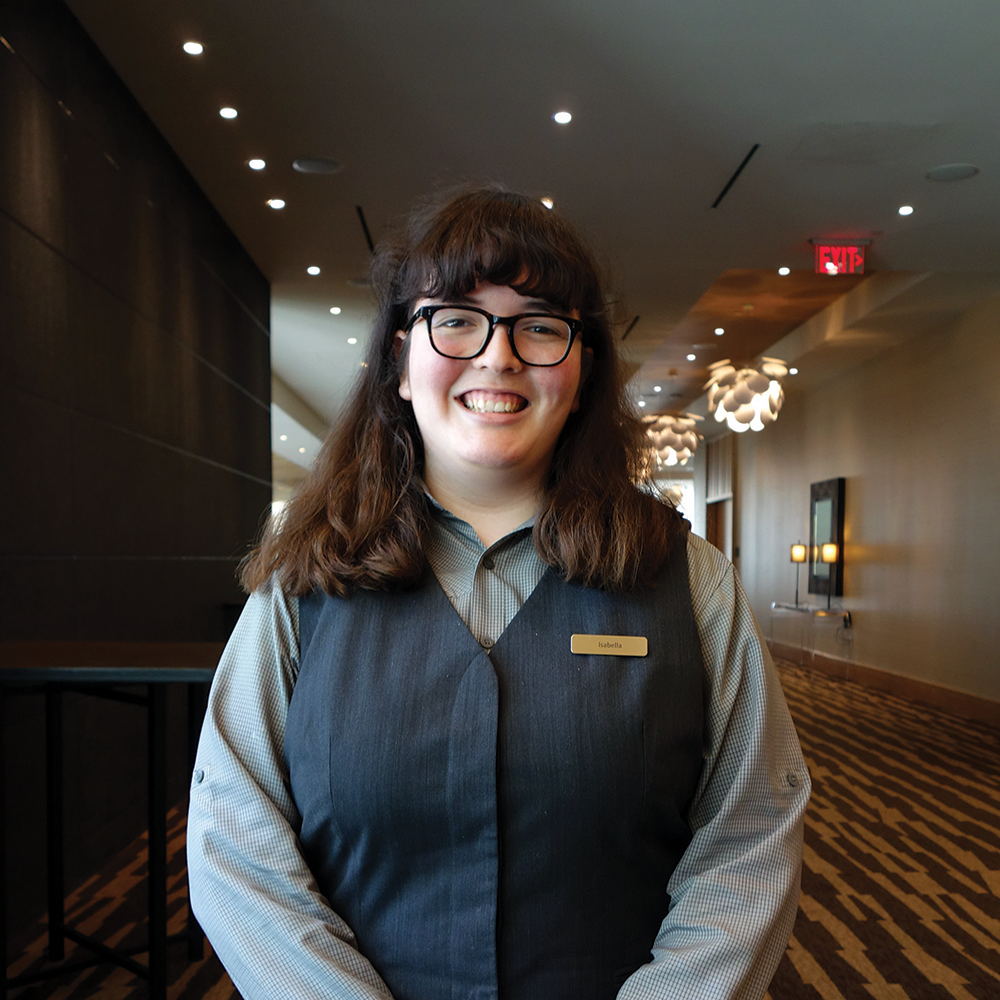 “I had no experience and started thinking I’d never get hired. Now I have a fun job that I really like.” – Isabella, Get Into Participant 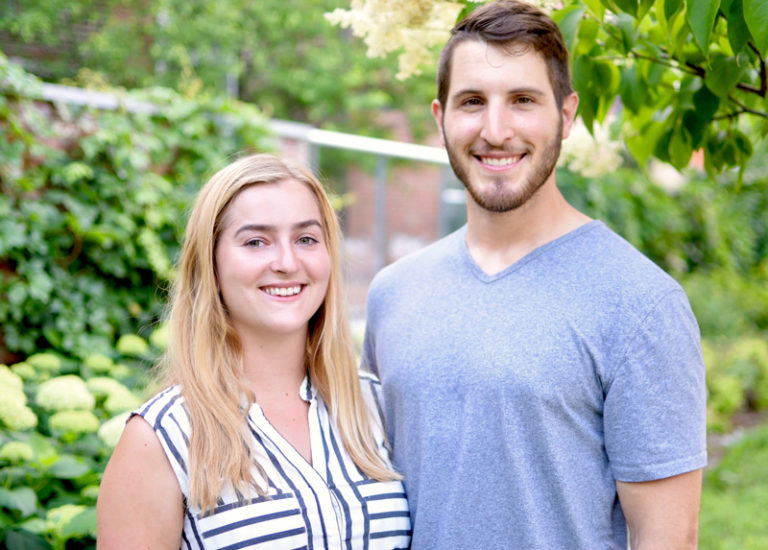 Frédéric Verville discovered the importance of business networking while attending our seven-day boot camp at Laval University. He realized that he didn’t have to do it all alone and how asking for help could make a huge difference to his business 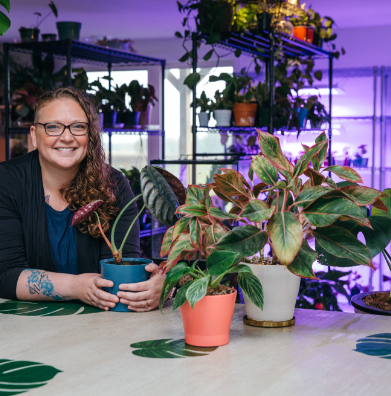 From suffering a concussion and being medically released from the Canadian Armed Forces to starting a successful business she’s excited and passionate about, Kristin Topping’s journey through recovery, transition and entrepreneurship has been remarkable. 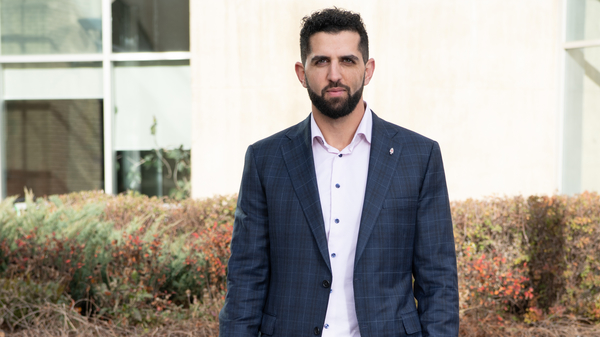 Justin learned the fundamentals of leadership and team-building during his time in the military and wanted to share his knowledge with others. 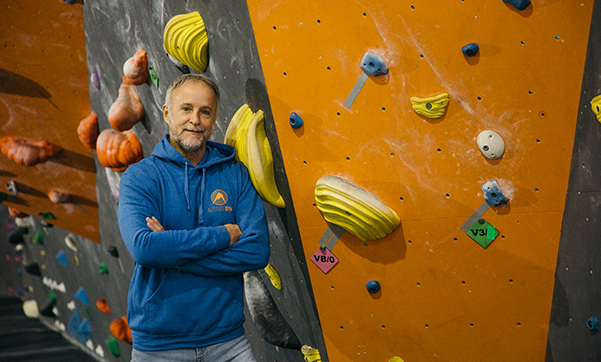 Patrick Lamothe began looking for a way to link his passion for climbing to a business venture. While leading a course, he got an idea about how to build an indoor climbing facility that would better replicate the outdoors. 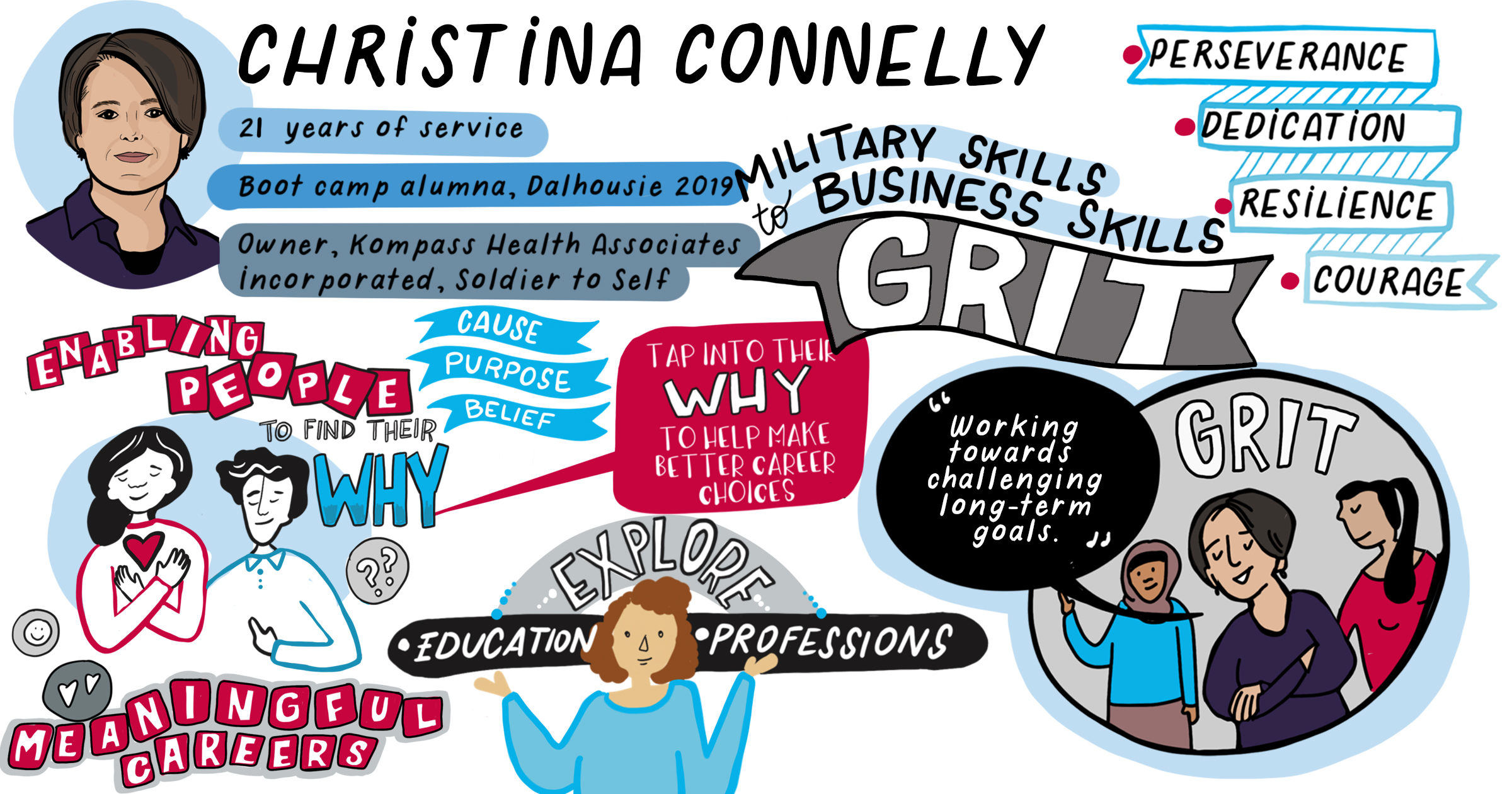 Victoria B.C.- based entrepreneur Christina Connelly and her husband Danyal Beale have over 50 years of combined military experience. 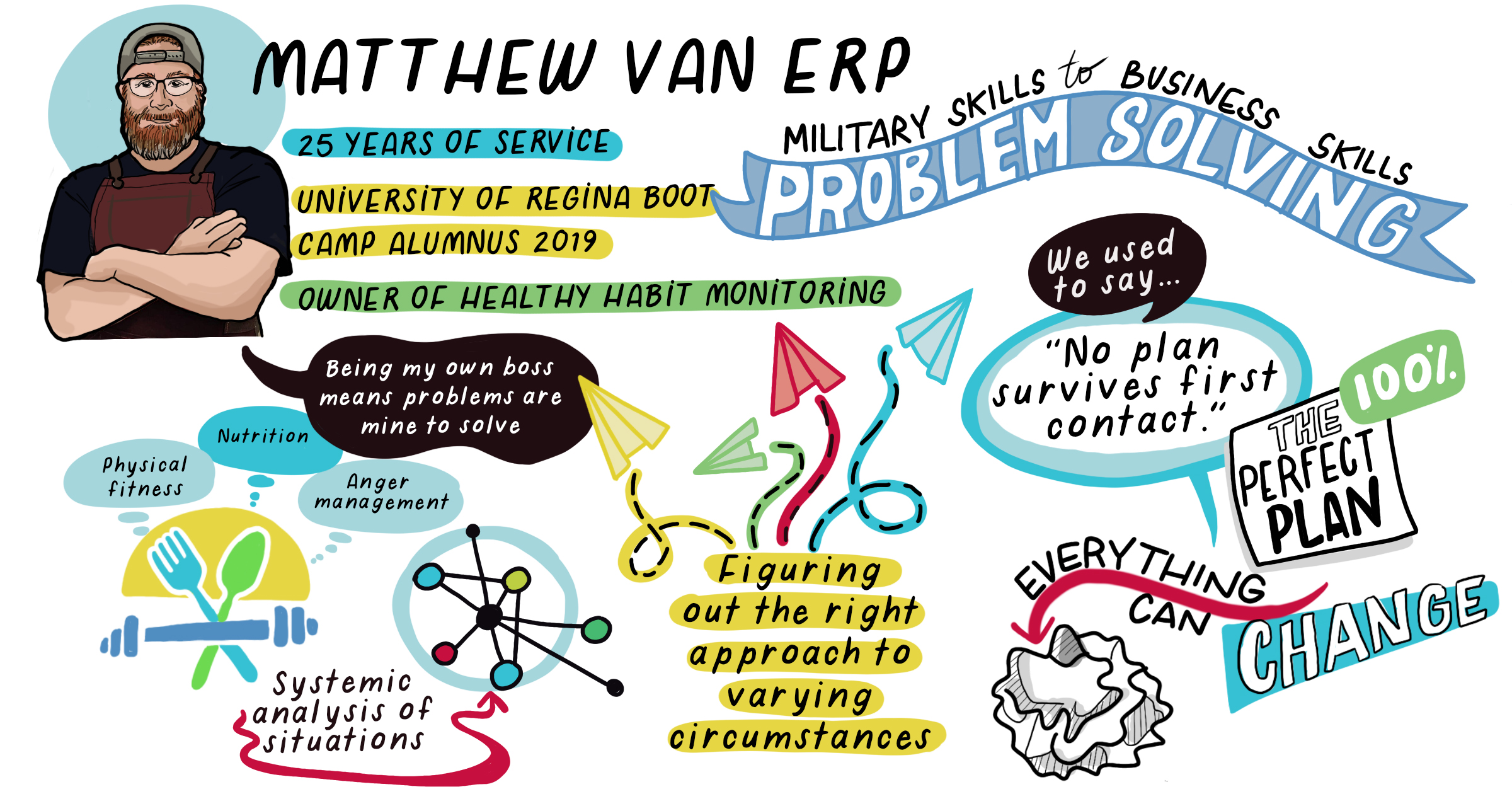 Matthew van Erp served 25 years in the military. He’s now using his personal experiences and the skills he learned in the Forces on his new mission – helping people lead a healthy, wholesome life 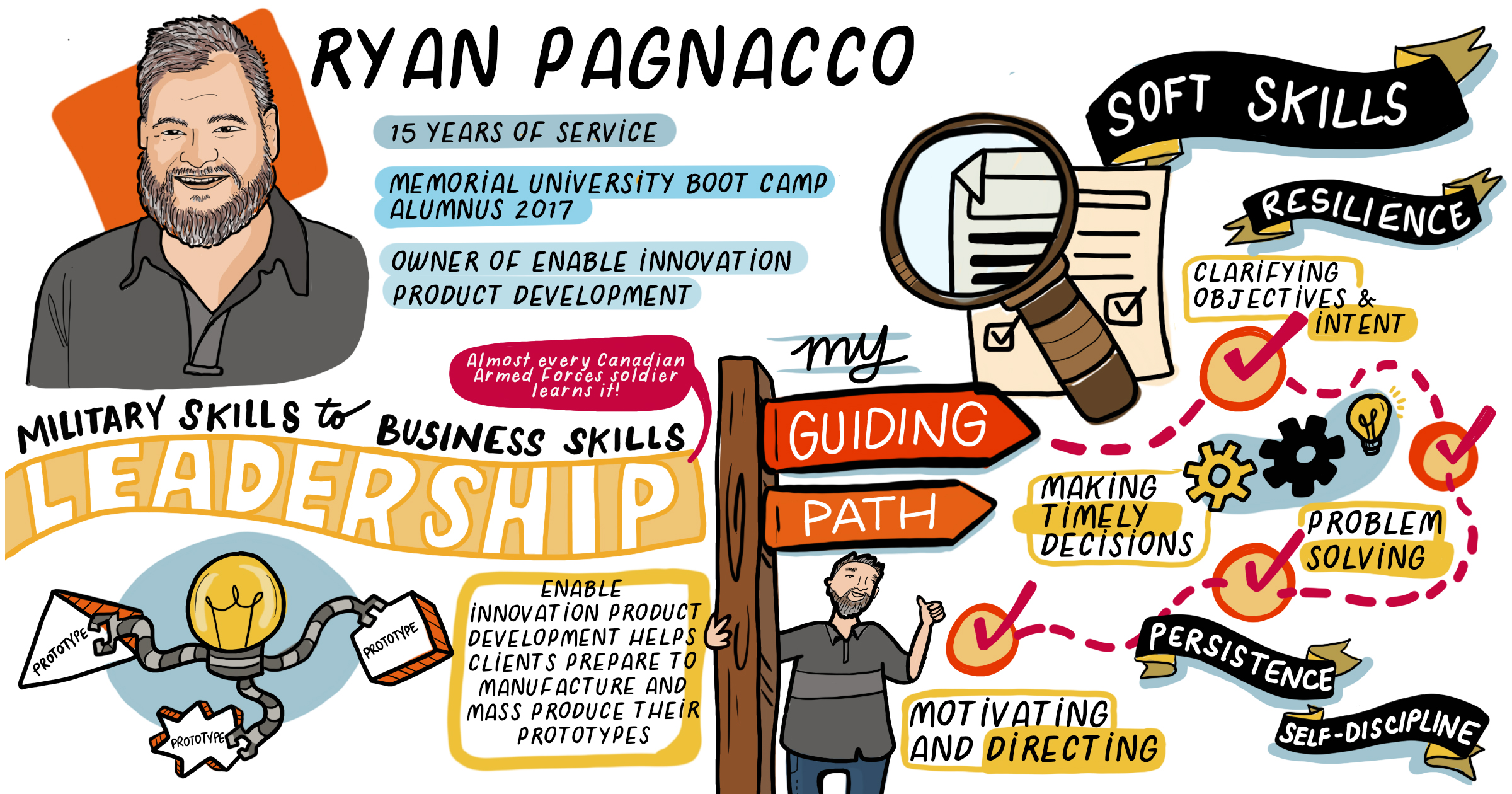 After serving for 15 years in the Canadian Armed Forces and sustaining an injury in Afghanistan, Ryan Pagnacco decided to go back to school to study mechanical engineering. 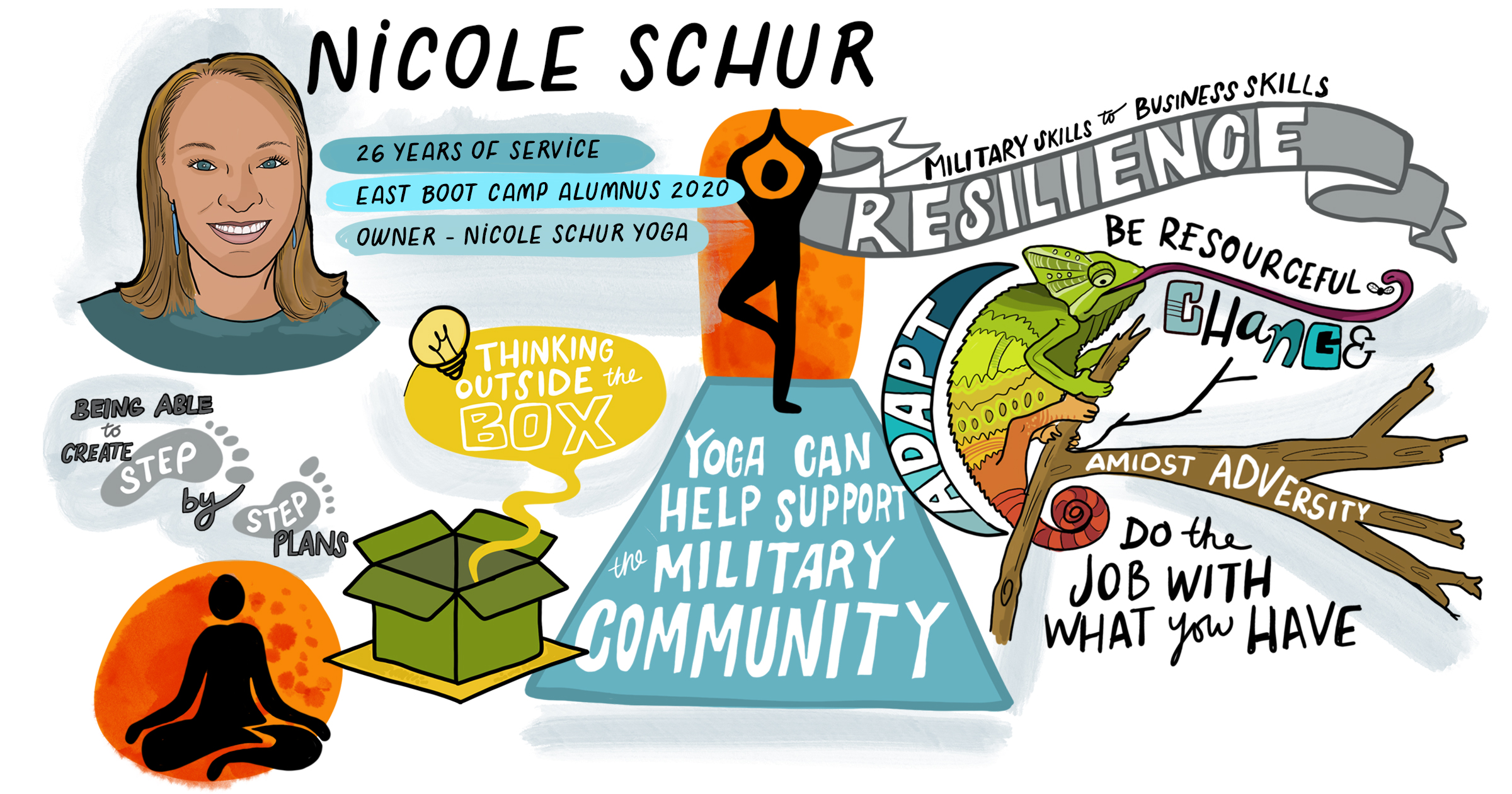 The past few months for Nicole Schur have been a whirlwind. After serving 26 years in the Canadian Armed Forces and retiring from the military in January 2020, she started Nicole Schur Yoga. The COVID-19 pandemic hit, and she was forced to close her studio. 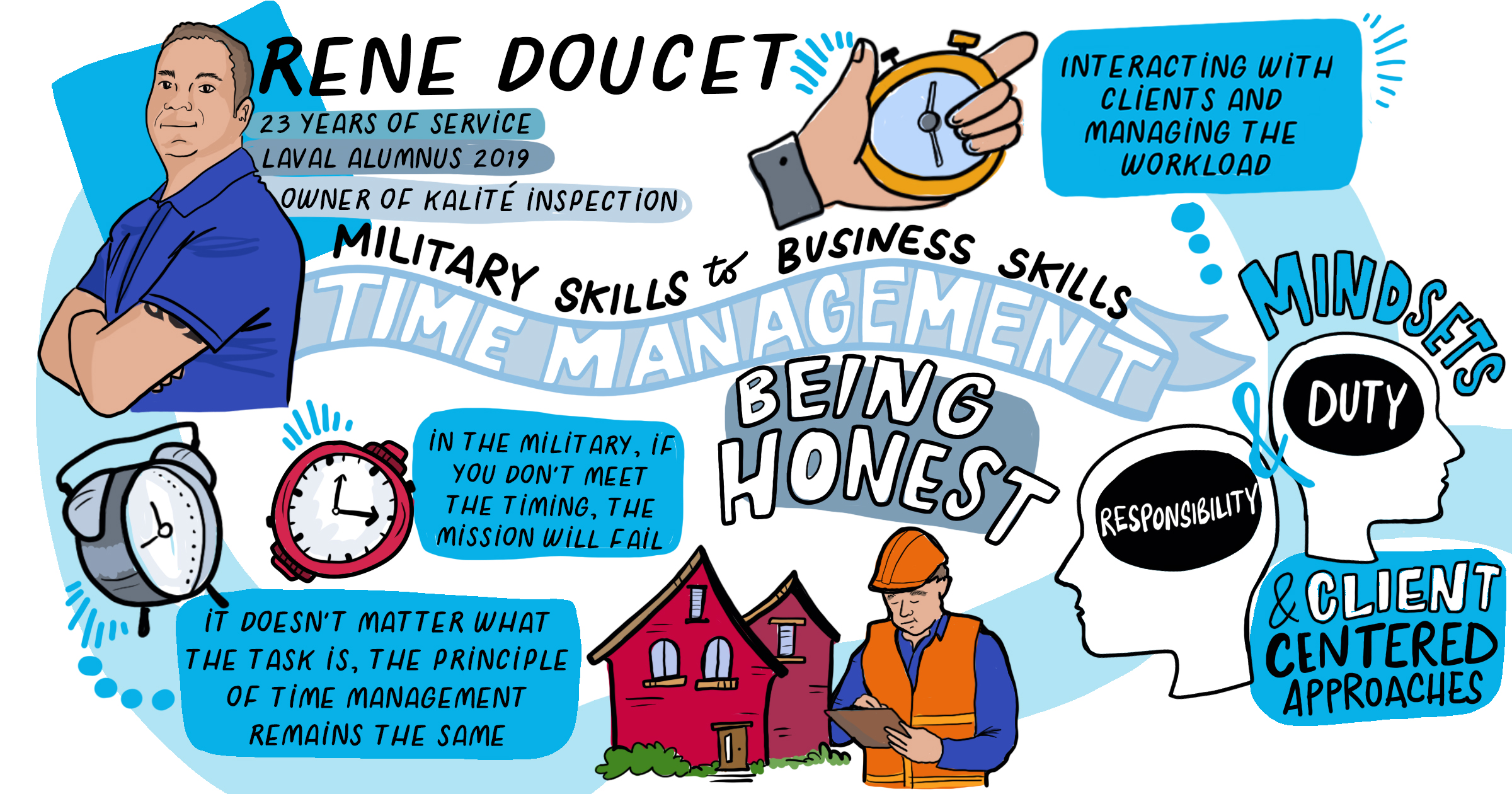 When Rene Doucet was preparing to retire from the Canadian Armed Forces after 23 years of service, he decided he wanted to start a second career in entrepreneurship. He had already dabbled in business ownership and had run a renovation company for four years while still serving. 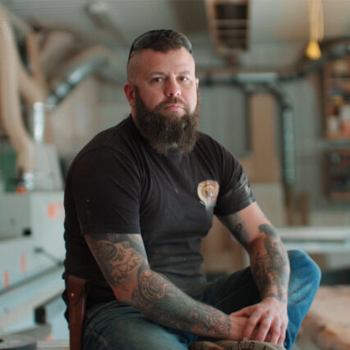 It took J.R. Smith several years after leaving the military to find his place. Now, with his own woodworking business thriving, he’s committed to helping other veterans land on their feet. 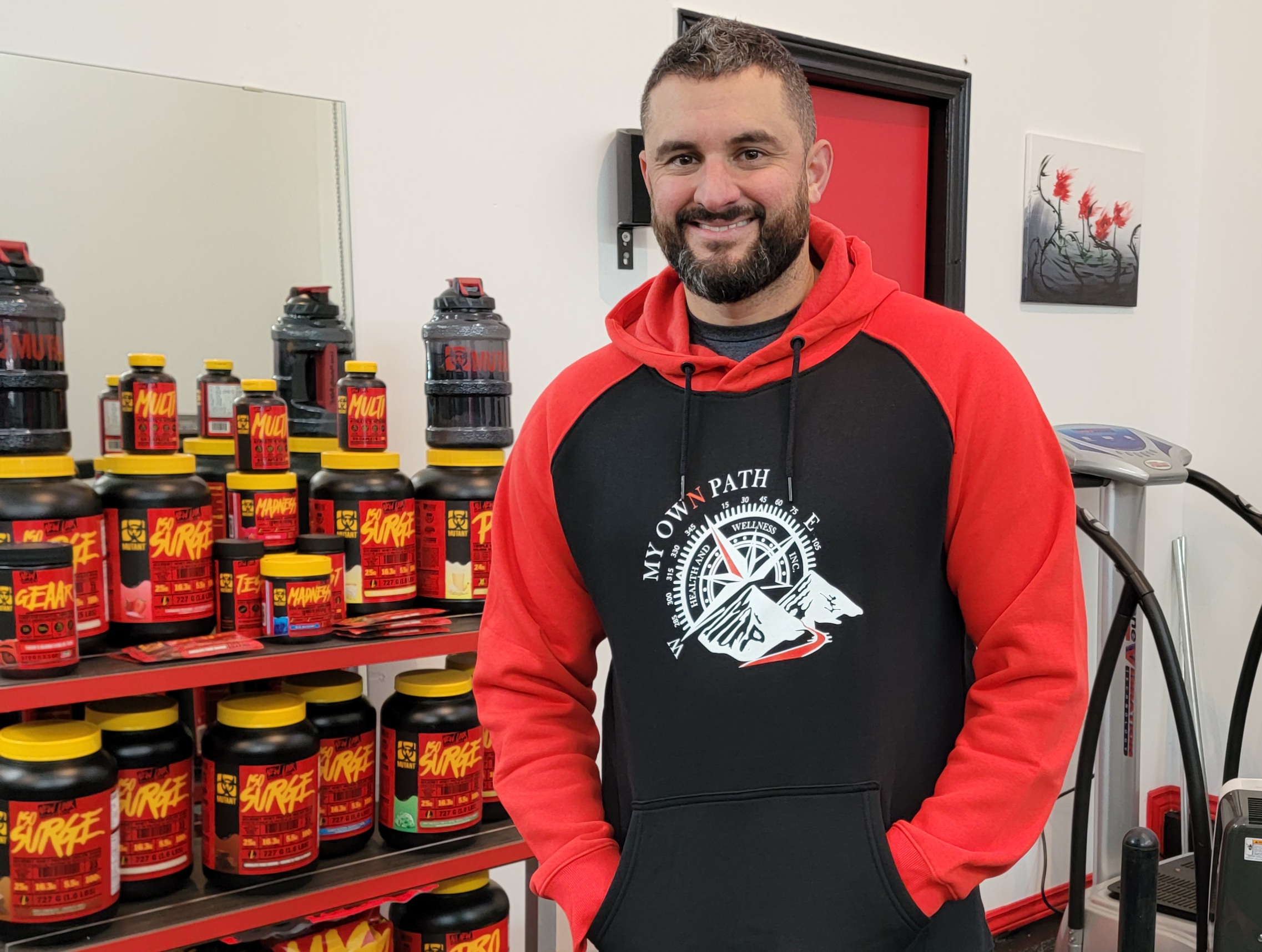 Sgt. Julianno Scaglione, CD, started his career in 2000 at the age of 17 as a Mobile Support Equipment Operator with the Reserves. After 13 years, he transferred to the Regular force as a Geomatics Technician. In 2016 he was faced with life changing news that his career would end a lot sooner than expected. “Being released came as a surprise to me. I had to figure out where I was going and how I was going to get there.”